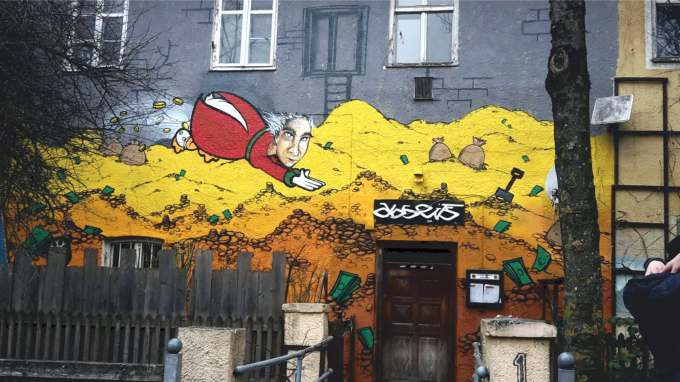 This Interview was given to the magazine “FINK” by Norbert Bürger, chairman of the Abseits e.V.

The abseits-Verein has spent four years fighting for the Re-opening of the eponymous Bar in Neustifter Kultkneipe. For four years have the dedicated culture lovers believed in the good, that the common good matters more, than profit. Almost 300 members belong to the Association currently. The idea: The city buys the area and thus secures cultural space for the future; the association would have aquired the real estate on hereditary lease and then taken over as cultural centre. But again and again the decision was postponed, had to be renegotiated. Now the plans are history, the honorary culture fighters are bitterly disappointed: In a non-public meeting in February, the Freising city council decided against the purchase of the object. The purchase price demanded by the owner Count von Moy was far above the value determined by the city’s property value. 1.8 million would the city have paid for the area, 700,000 Euro more than the value appraisal showed. But Count Moy stayed with his receivable of 2,4 million euro – theend of the project. Norbert Bürger, chairman of the Abseits-Association, knows all background and insider information and was ready to tell it to the FINK.

Four years of creative struggle – why did
the decision whether to buy, or not, take that long?
Mostly of course, because Mr. Moy had this horrendous demand and did not respond to
the different offers of the city.
Next to
the purchase also various properties were
offered in exchange…
…but?
But even in the city administration
nothing did happen for months. Our
Chief Financial Officer Hannes Kestler can tell. There were obviously
massive opponents of the project.
What are you attaching this to?
For example, the city has issued an expert opinion
which did not have to do anything with our project anymore: according to this report, it would have made the renovation
cost almost four million euros, let alone for
the beer garden there were estimated 200.000 Euro. Maybe we were ecpected to lay marble floors with Sculptures and fountains?